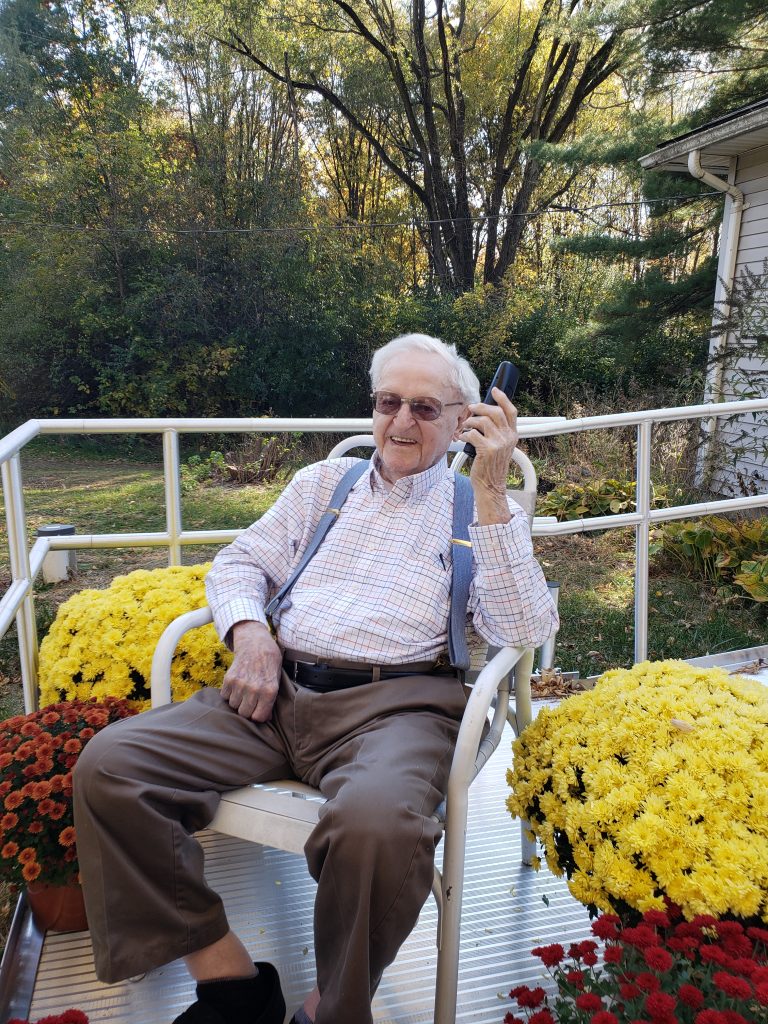 “What’s it like when you’re about to turn 100,” Kenneth Dunlap said a few days before his birthday, “it’s about the same as it was when you turned 50.”
Kenneth is turning 100 years old on Wednesday, November 2nd, 2022. Kenneth has spent all of his life in Comstock, except for a deployment to the South Pacific and Japan during the Second World War.
As a boy, Kenneth says he remembers walking 2 miles both ways to a coal-heated wooden school building.
“We were lucky it didn’t burn down,” he said.
His father worked on the interurban and the family leased an orchard near their home on North 30th street.
“We raised all of our vegetables, grew all of our food. We had chickens all the time and we even have cows,” he said.
His mother sold eggs during the Great Depression.
When he was asked about his memories growing up in Comstock, he said, “They were all good, all good memories.”
Kenneth says he spent most of his free time hanging out with other boys by a dance hall on Joe Io Island. “It was the place to hang,” Kenneth said.
Kenneth lived through the great depression, but he said the Great Depression didn’t change life too much for his family.
Money may have been scarce, but Kenneth said his family always had enough to eat and his mother was known to provide a good meal for those in need. 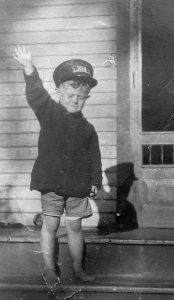 Kenneth as a boy 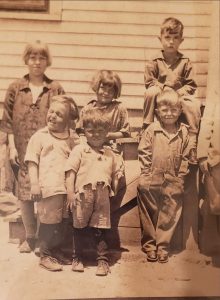 Kenneth, the front left child, with some other kids.

Kenneth earned 15 varsity letters in baseball, basketball, track, and football during high school. “I grew up an athlete,” Kenneth said. He was inducted into Comstock High School’s Hall of Fame in 2013.
“When I was a freshman in high school, I made the senior team,” Kenneth said, “my baseball coach looked at me and said ‘you’re my catcher.”
As a young child, Kenneth and his friends didn’t always have baseballs to play with, and he said “you’d use a sock full of rags.” 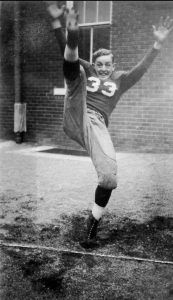 Kenneth showing how high he can kick. 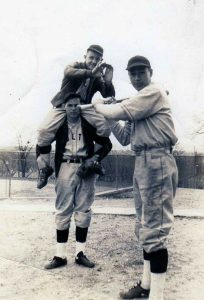 Kenneth (he’s on top of the other boys shoulder), with his baseball teammate. 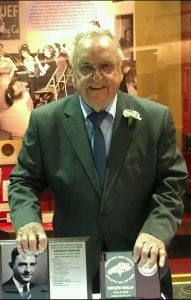 After graduation, Kenneth was drafted to serve in the Army during the Second World War. He served in the South Pacific and in Japan in Chemical Warfare.
Kenneth was posted in New Caledonia, which had military hospitals. Kenneth sprayed for mosquitos to keep malaria levels low.
He was drafted with about a dozen boys from Comstock. All his siblings served as well.
His older brother, Curtis Dunlap served in the Navy. His younger brother, Donald, served in the Marines. His sister, Helen, served as the second officer in the 159th Women’s Army Auxiliary Post  Headquarters Company in Camp Hood, Texas. She reached the rank of Major.
He said he spent around 3 years overseas. 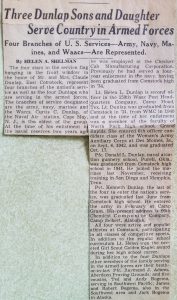 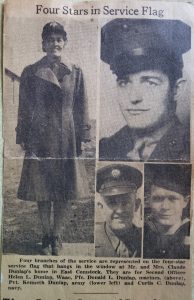 Pictures from a news article about the Kenneth and his siblings. 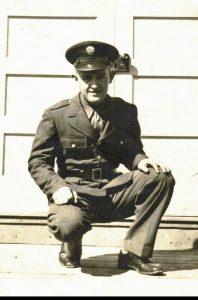 Kenneth in his Army uniform.

After the war, Kenneth came home and got married.
“Comstock didn’t change, except they tore the old High School down,” he said about his post-war hometown.
He “looked around and said ‘I’m a carpenter,” Kenneth said, “I’ve been a carpenter all my life, that’s how I got my union card.”
He built the house which he lives in now in 1950, close to where he grew up.
Kenneth continued to work the orchard. He said between carpentry and the orchard, he was working 12-hour days. 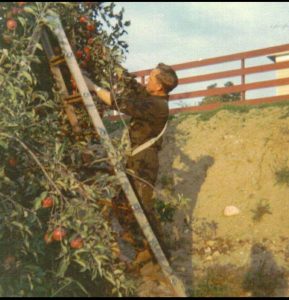 Kenneth working on the family orchard. 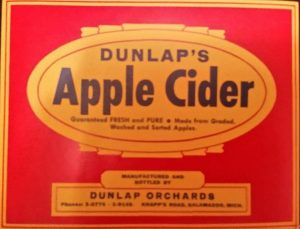 The sticker for Dunlap’s Apple Cider. 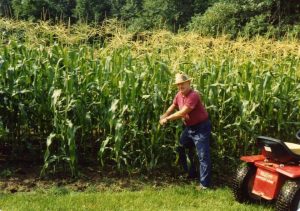 Please join us in congratulating Kenneth Dunlap on his 100 years in Comstock!