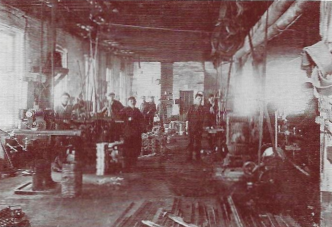 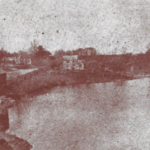 The oldest know picture of a Comstock Manufacturing building. The barn on the left is believed to be a tannery. It made items for belts, shoes, harnesses, and other goods. 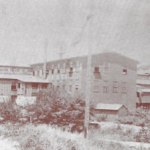 This is a picture of Comstock Novelty Works, taken around 1980. This building was opened by the Peer family, English immigrants. 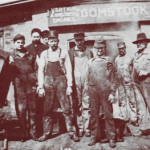 Employees of the Comstock Manufacturing Company that had just finished loading a steam engine. 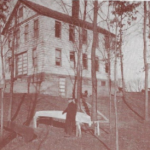 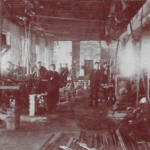 The inside of Comstock Manufacturing Company. They made parts for steam engines.

The first machine in Comstock Charter Township was a thresher called an “English Beater.” The English Beater used wooden crossbars to separate grain from wheat sheaves. Without the English Beater, famers would have to drive their oxen over wheat sheaves on flat ground, use a sickle and cradle, or flails to get their grain; processes that have been around for 1,000’s of years.

Perry Pond and his family emigrated from England in the early 1870’s and opened Comstock Novelty Works, which employed 8 people.

For more information on Comstock’s Manufacturing, check out the Comstock Bicentennial Commemorative Book, published in 1976.